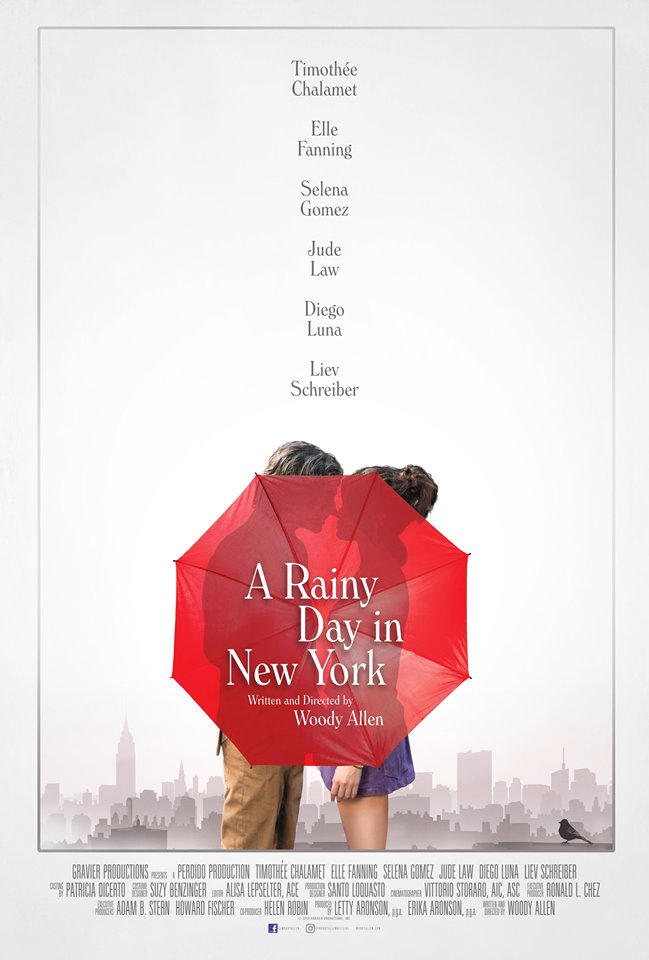 Thanks to a shameful and horrifying lynching campaign against Woody I was robbed last year of my yearly Woody Allen film (me and millions of fans around the world). So, I had to wait until today (August 24th) to see the film. I was very lucky to be with my family in the Netherlands this month and this afternoon I went with my oldest daughter (she’s 13 and loves Woody’s films) to the national Dutch preview of A Rainy Day in New York at the Film Hallen (Hannie Dankbaarpassage 12, Amsterdam). We live in Madrid and in Spain the film will only arrive in October.

I don’t want to give ANY SPOILERS here, but I just will say: Wow, such a film: funny, poetic, beautiful, clever and so entertaining. We enjoyed it so much. Such a gem! Woody is so brilliant, Vittorio is the king of light, and the writing is so cool and funny. The only problem: the film felt too short! I wish it would have gone on for two more hours… (Woody should always make films that are over two hours long, one hour and a half simply feels too short).

I have to confess that I was very angry with Timothée Chalamet because of his cowardice and opportunism, but I must say that his performance in the film is very beautiful. Selena Gomez is also really good and Diego Luna is very funny. Elle Fanning is probably the weakest actress here (to play comedy isn’t that easy after all) but it doesn’t bother so much because her lines are hilarious. Cherry Jones’ performance is absolutely spectacular. Liev Schreiber, Jude Law, Will Rogers and Kelly Rohrbach are fantastic in the film but I wish they’d appear more.

The music of A Rainy Day in New York is wonderful as in all Woody Allen films, you can feel the rain’s perfume and there are plenty of quotes that will make you laugh and enjoy.

I feel really sad for the millions of Woody Allen fans around the world who still cannot watch this film. I’m furious at the stupidity and witch-hunting that goes on in the States and don’t have words to express my anger and disappointment. The world is upside down. How is it possible that Woody’s art has suffered because of a shameful prefabricated accusation? Woody has worked with hundreds and hundreds of actresses in the past half century and nobody, NOBODY, has ever complaint of wrong conduct. If you believe that prefabricated story made by three vengeful psychos you are either ignorant, stupid, antisemite, or just part of the lynch mob. Sexual predators always abuse several victims and this false absurd accusation smelled of nonsense and vengeance from the beginning. (For the ones who feel uncomfortable with the fact that Woody fell in love with Soon-Yi Previn, just have in mind that Woody and Soon-Yi love each other and are together for more than 26 years, have two wonderful healthy beautiful daughters and don’t care about what you, me or the psychos think about their love. Their relationship and their love is what triggers the stupid people, not the shameful false accusation). Everybody deserves Woody’s art (well, not everybody, the psychos and the brainless herd who follow the psychos don’t) and it’s absolutely horrific that we live in times like this, in which innocent men are tried and hung by the social media. And, by the way, go to hell, stupid Amazon.

I’ve read some bad reviews about this film. As a musician, teacher and PhD candidate (Philosophy) I know how difficult is to create, so, I have a huge respect for the artists who do create. Because to think about creating is pretty easy, to trash the art of others is the easiest thing in the world, but to create and actually finish a project is very difficult. Woody is a wonderful director and a stunning writer. He’s 83 and he’s still a creating machine and I admire that a lot and thank him a lot for that.

Woody’s films talk about love, death, dreams, art, passions and desires, and are poetic, brilliant, real, magnificent, stunning and wonderful. No superheroes here, no bombs, no explosions, just real people with normal problems, like you and me. Woody’s films make life better. Thank you for your art, Woody, and, please, keep on creating. 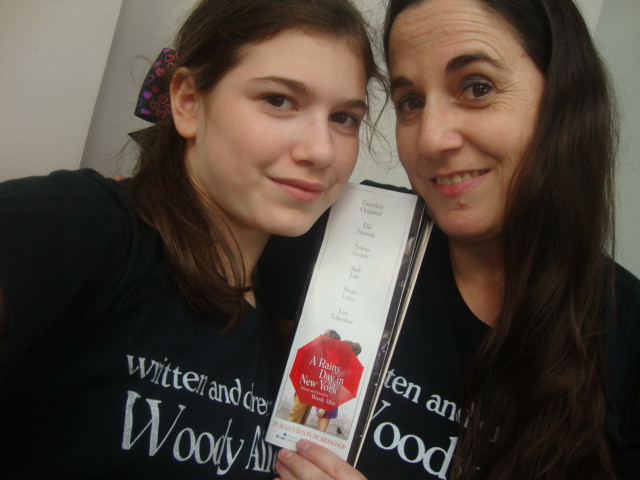